Becoming future-oriented in the age digitalisation 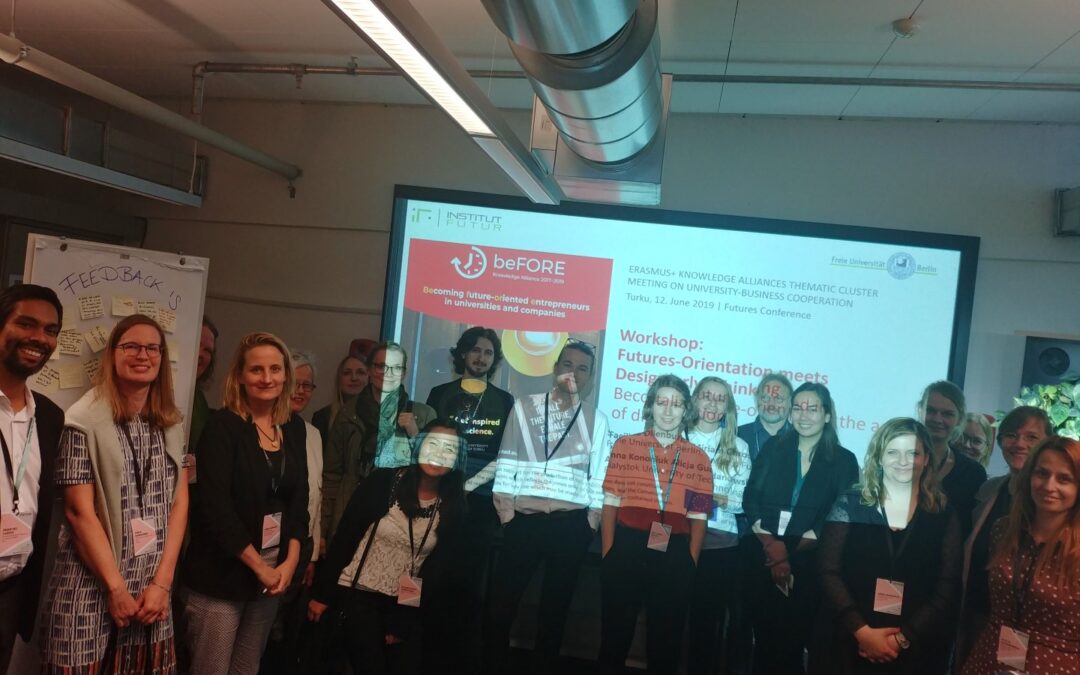 At the 20th International Futures Conference 2019 in Turku, Finland, attendees and speakers from over 30 countries offered a colourful view with presentations and workshops on this year’s theme; “Constructing Social Futures”. Many stirring keynotes set the stage and inspired critical and intense discussions at this year’s conference. They were the frame within the community of futurists, foresight professionals and those interested to present and share their related topics – reaching as far as child welfare in New Zealand and touching on the close encounter of urban futures in Finland.

The conference opened on June 12 in the auditorium of Turku’s Logomo, a remodelled industrial building that is now used for cultural and creative events. The conference participants were welcomed by the host: The University of Turku, Finland Futures Research Centre, represented by the conference Director Juha Kaskinen, followed by the Adjunct Professor Katriina Siivonen, with an introduction to the theme for the two days.

The first keynote was given by Ivana Milojević of Metafutures. She offered a critical yet inspirational look at futures studies and asked how the field can make a difference. Milojević spoke about today’s narratives of the future and how they are being portrayed: who creates them and what their objective? It was a reflection on the field of futures studies, its purpose, as well as its responsibility for shaping the future. 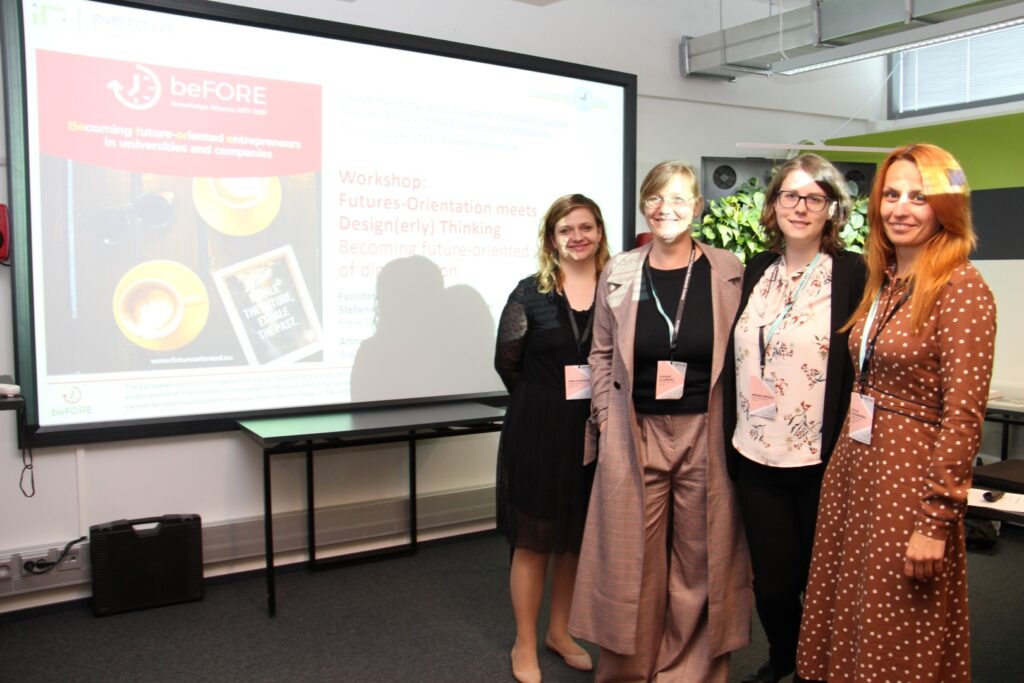 On the second day one of the final keynotes was given by Keri Facer, Zennstrom Chair in Climate Change Leadership, University of Uppsala, Sweden. She offered the perspective that some of the scenarios constructed in futures studies can lead to non-action. Her talk made clear that climate change is not one event but rather a process and inspired to look and discuss it in different and new ways. Facer pointed out: “The stories that we tell – and that we pay attention to – shape our reality as much as our science.”

The final keynote was given by Ted Fuller, University of Lincoln, UK, UNESCO Chair on Responsible Foresight and Sustainable Development, on how we can responsibly construct a sustainable future. His reasoning started with the concept of anticipation. His point was that though all living being anticipate, humans add aspects of power, ethics, morality, interaction, semantics, social change. These aspects construct a reality; thus, his conclusion was to be aware of this diversity. It is substantial to learn to co-create narratives of possible futures that are relevant and speak about the differences: “… co-create relational meaningful futures”.

In this context of such encouraging contributions the beFORE project consortium, represented by Anna Kononiuk and Alicja Gudanowska from the Bialystok University of Technology (Poland), as well as Miriam Chrosch, Nele Fischer, and me (Stefanie Ollenburg), from Freie Universitaet Berlin, Institut Futur (Germany), had the opportunity to present the project in a 90-minute session. We combined a keynote on the project’s methodology of developing a catalogue of relevant competences with a hands-on workshop stressing the importance of varying perceptions on future developments.

In the keynote Dr. Anna Kononiuk explained the beFORE project’s tedious and detailed methodology – including state-of-the-art literature analysis, text-mining and a needs-analysis – to extract 12 main competences related to future-orientation. These were the foundation in building an e-learning platform to introduce foresight thinking and futures studies to the target groups of entrepreneurs, academics, and students . 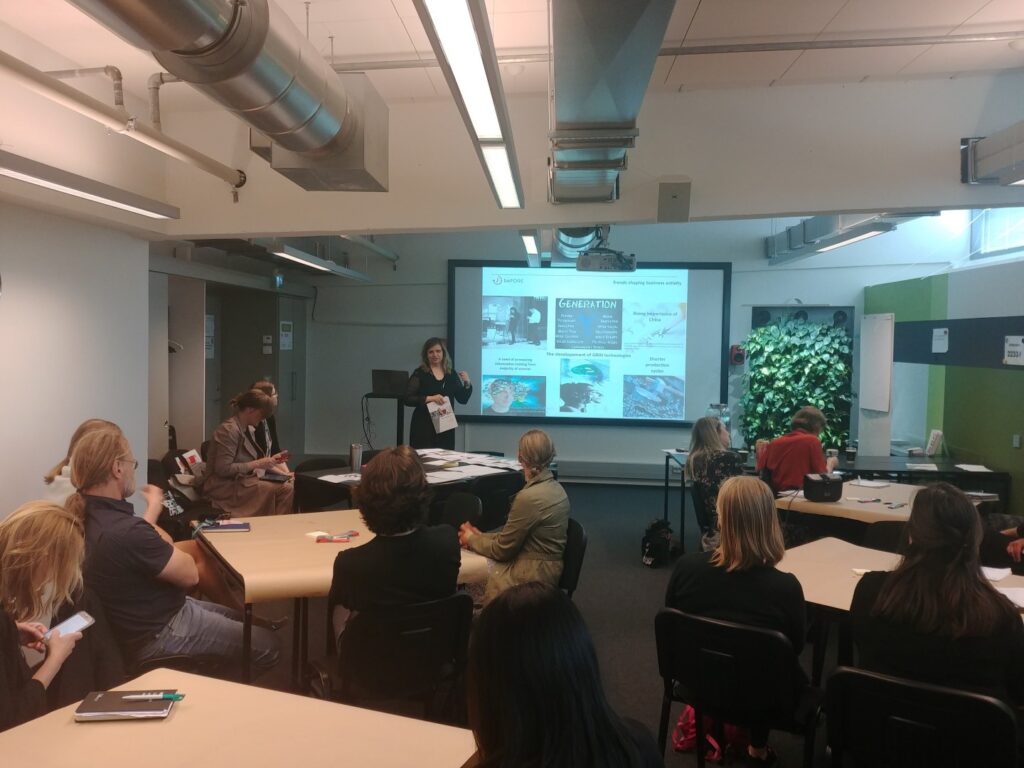 After the theoretical introduction to the beFORE project the Freie Universitaet’s team conducted a hands-on workshop to experience what impact a change of perspective can have. Four teams were formed of which each received a description of a persona. In preparing the workshop we had generated distinctively different individuals by using the Big Five personality traits and created the personas by adding gender, age and a professional direction. Each one was matched with a different educational scenario for 2040, which were based on OECD material on basic and higher education (OECD 2004, 2008).

In the workshop the teams were asked to establish a personality for their persona and conceived their learning objectives. With those in mind plus the given scenarios each team created a scene for their persona’s place of learning. Finally, each team – as their persona – looked at one of the other’s place of learning and “judged” it. This step was significant to experience the impact of perspectives, as one learning environment through the eyes of another drastically changed the perception of the situation.

In conclusion, this workshop enhances creative as well as critical thinking and participants become aware of the impact of multiple perspectives. It is vital that to conscientiously construct suitable and useful ventures, we need to step out of our tunnel view and open up to see various viewpoints. Especially in the entrepreneur’s decision-making process such tools to help understand someone else’s point of view are valuable to responsibly shape the future.

If you are interested in the project or would like more information on the keynote explaining the methodology of establishing the catalogue of competences or would like more details on the workshop, contact us at info@futureoriented.eu