Celebrating the present! Re-inventing the future! 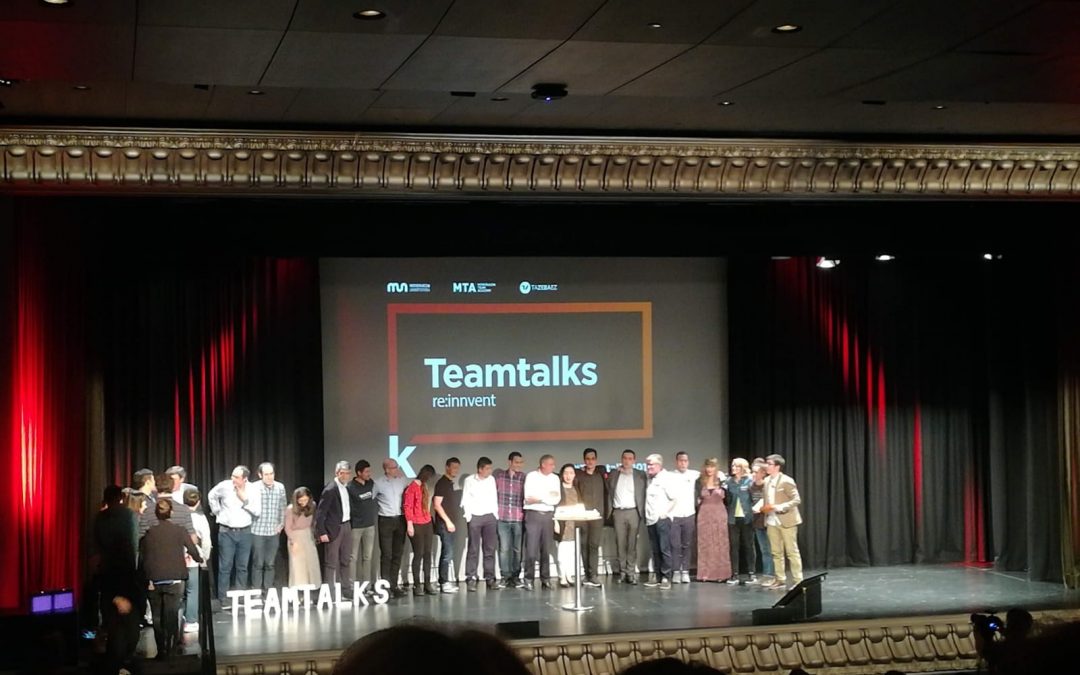 Anniversaries are commonly aimed at reflecting on the PAST but Mondragon Team Academy (MTA) as always is changing the common approach and it has used the time to celebrate the PRESENT and  reflect on reinventing the FUTURE!

Mondragon Team Academy (MTA), a community of entrepreneurship in Mondragon University in the Basque Country, Spain, had its special time in May, 2018 celebrating its 10th anniversary! The last 10 years could be described by hundreds of events, moments, successes or failures, mistakes and lessons but indeed the few following words can effectively express the last years of MTA turbulent but also exciting journey: motivation, hard work, hope, constant improvement and perseverance, a lot of perseverance! Thanks to that spirit, MTA had its strength in creating impressive impact and results ranging from creation of team-learning based innovative education that has integrated  1300 young entrepreneurs and 75 team-based start-ups to expansion into 8 coworking labs  in Irún, Oñati, Bilbao, Madrid, Barcelona, Valencia, Querétaro (Mexico) and Shanghai (China).

As could be expected, the anniversary of MTA instead of just taking a step back into the past, it had to introduce something brand new: the TeamTalks! The new concept is entirely in the MTA style! Why? Well… Why not! The anniversary of team-based and innovative learning cannot be celebrated by individuals’ and ordinary talks, right? Therefore, here we have on the stage teams among which are e.g. Cancelo, Aitor Lizarza (MTA), David Cuartielles (Arduino), Lorea Argarate (TAZEBAEZ), Adur Letamendia (Pukas Surf), Alex Navarro (WATS), Josetxo De frutos (Grupo ULMA), , Jose Mari Luzarraga (MTA World) y Bixente Atxa (Mondragon Unibertsitatea) and more! The audience had a unique  chance to listen to a  team dialogs about evolution and development of MTA  but surprisingly during the anniversary talks the word ‘past’ was not  very often used! Instead, the event was led by another key word: REINVENT! The idea of introducing the concept of reinvention during the time of calculating past results, rewards and  achievements covers a deeper meaning of MTA approach. It contrast or rather connects two spheres: past and present, where anniversary brings a lesson from the past and reinvention is about listening to the present and sensing the emerging opportunities. It partially explains the logic of MTA strategy of being present and open to constant reinvention even though the past solutions still work!  It is about innovating even BEFORE it is really necessary, it is about philosophy to always look forward (‘siempre adelante’) of the priest and  founder of Mondragon Corporation, Jose Maria Arizmendiarrieta.

That’s why the whole MTA community  in the reflective atmosphere of the past achievements was celebrating the present moment of the 10th anniversary event in Bilbao with the awareness that the FUTURE is NOW and following the words of Bixente Atxa ‘ you cannot build the future without enjoying the present’.