Do we still need to ‘sell’ the idea of future-orientation? 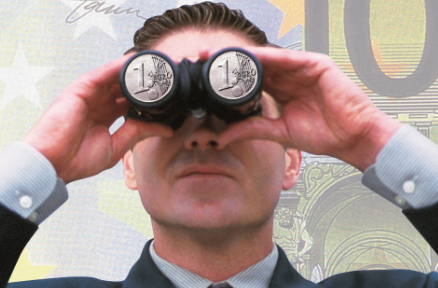 Do we still need to ‘sell’ the idea of future-orientation?

What is the place of Foresight and Futures Literacy among economic challenges of the 21st Century? And how economists can make usage of Futures Studies? This time we were presenting the potential of futures thinking in the context of economic transformations and globalization, during the 7th International Scientific Conference “World Economy – Challenges of the 21st Century” that took place in Radom (Poland) on the 24th of November.

The discussion led to the important question: What incentives can we offer to the companies in order to make them future (long-term?) – oriented in the times of strategic thinking defeated by short-termism? The question that may be even more important is: why we still need to ‘sell’ the idea of future orientation?

Short-term orientation is not a new concern in the world’s financial history, but the crisis of 2008-10 made a short-termism issue alive and strongly relevant again. Two hundred days is the time that an average share of the firms in the S&P 500 index stay in “one hands”.

According to FCLT Global 2016 report “Rising to the challenge of short-termism”, it is commonly believed by board members and executives that the short-term pressure is continually growing. 87{605a1be39cb8781e7a5262a5fc293754b77b72d381dc33df341bfea485815a34} of over 1000 surveyed C-level executives and board members (representing the companies from across the world, covering a full range of industries and functions) admit to feel the highest pressure to exhibit strong financial results within two years or less.

Despite the newest research findings by McKinsey Global Institute, showing that long-term companies demonstrate better (stronger and more stable) financial performance, the corporate short-termism seems to do very well across the companies. Not getting to much into details, outperformance of the long-term-oriented organizations is expressed in very important economic measures, to mention average revenue and earnings, economic profit, market capitalization or new jobs creation.

Future-orientation (and strategic planning based on long-term vision) and often the agreement for the resignation from immediate, short-term profits may be difficult and meets stakeholder’s objections. From the other hand the speed and scale of global changes, environmental challenges (including growing scarcity of natural resources and climate change) require new business models and greater flexibility in order to manage the future challenges. It also requires new view at the economic measures for tangible and intangible assets and new look at natural resources and the rationale of homo oeconomicus. It highlights the problem of measurement and assessment of transformations and changes, since emergent and novel phenomena can rarely be the subject of the assessment of existing historical models and variables, in the words of Riel Miller (2015) If the goal is transformation then the kinds of changes that define a ‘successful outcome’ cannot be fully described using yesterday’s metrics.

So, can foresight be a remedy for the short-termism of companies and assist economists in building welfare and sustainable economic development through explaining trends and new economic paradigms? Looks like the first steps are still before us: finding a common language, conceptual apparatus and mutual understanding of methodologies. But definitely these are the steps worth taking. At the end of the day we all have a common goals and look in the same direction – the future.