The genius of Leonardo: a futurist man from the past 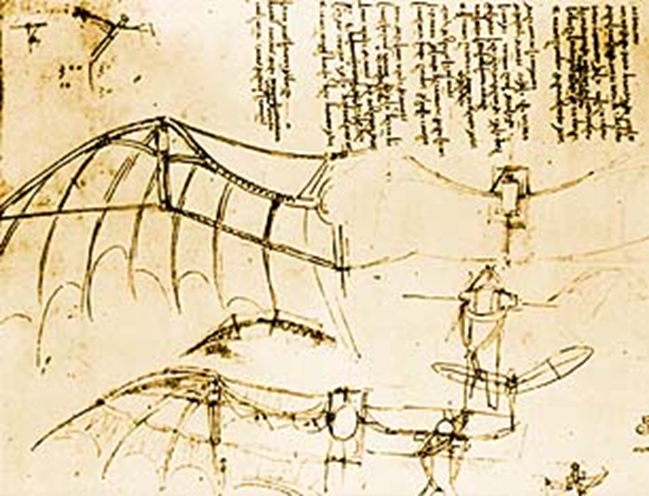 Leonardo Da Vinci was an artist, an inventor and a scientist, born in the little village of Vinci during the Renaissance era.

Despite illegitimacy, thanks mostly to his father’s house care, the teaching of his mentor Verrocchio, his curiosity and his power of observation, he would become one of the biggest genius of all time.

Particularly, Leonardo’s futuristic streak brought him to some inventions at that time just conceived but which would turned into real creations many years later, deserving him the definition of visionary.

The Da Vinci inventor was a revolutionary spirit, aimed by the will to observe, to experience, to understand the truth of things and to eternalise the beauty.

One of his ultra-modernist ideas, on which he spent a lot of endeavours, was the flying machine.

Perhaps one of his strongest trust (or better belief, having regard to all the difficulties and failures), was that of human flight possibility. Inspired by the flight of bats, kites and birds, according to Leonardo the machine needed a pair of enormous wings and a wooden frame. In the middle of this structure, the pilot would powered the wings lying face down and using cranks through feet and hands. Obviously today we know that human energy is not enough to allow machine getting off the grounds, but this invention remains one of Leonardo’s most famous and certainly ahead of time.

However, that’s not all. Some others visionary instruments were, for example, the helicopter, the parachute, the machine gun, the humanoid robot, the revolving bridge, the ideal city and much more.

A truly pioneer and model for technological foresight analysis.